As of writing this, Ryan Holiday is 35 years old and has written 13 books on stoicism and marketing and is a frequent guest on the New York Times bestsellers list. His mentor Robert Greene has written widely successful 6 international bestsellers, including 48 Laws of Power, The Art of Seduction, Mastery and the 33 Strategies of War.

If you pick any of these books, you’ll find a common thread: They are very well-researched and very similar in structure. They’re heavy with anecdotes, stories, and quotations spanning many themes and periods. The natural question that comes to mind is how did they manage to do all this research and then bring it to one place and create something from it. This is the question I wondered about, and I think I have found a simple answer.

The title of this article: Collect, connect, create.

Of course, I’m wildly generalizing here, but the bird’s eye view of their book-writing process will look something like the following:

That sounds easy (maybe that’s why it works), but it isn’t. Each step takes both authors a good amount of time and work. Both claim to read about 300 books to research each book they write. But both have very interesting systems related to each step that can be used in our lives, even if you’re not a writer. Let’s get into each of these in detail.

All great artists are collectors.

All great artists are collectors, but they don’t collect things the same way that hobbyist collectors do. They collect art, ideas, and words that ring a bell and that they think they can use. They collect relevant data.

What differentiates them from amateurs is that they have a powerful mental filter that ensures what material to collect and what to ignore. Collecting is easy; you can create a collection of movies, books, places, and ideas in a few minutes using the internet now. But the chances of such a collection being any good are very low.

“The greatest part of a writer’s time is spent in reading; a man will turn over half a library to make one book,” - Samuel Johnson.

Collecting good material and seeing connections between them - might be the two skills that great artists have that others don’t.

Researching is a big part of Ryan’s and Robert’s writing process. Both writers claim to read around 300 books to write one. This makes sense since all their books are filled with relevant quotations, anecdotes, and stories from all over the place.

“The bulk of the work is researching—collecting stories, anecdotes, and data to marshal your argument. The writing is stringing those pieces together.” - Ryan Holiday.

Most of us will be clueless if we think about how to write a book. We won’t know where to start. But collecting and organizing information allows them to have something to work with. They don’t scramble around to start from scratch; they already have a foundation to build upon.

They don’t go flailing into the book writing process, churning out page after page. They define a theme and a structure beforehand and then do the research according to it. They solve the big question of “What the book is going to be?” first. This helps them to activate their brain filter to only look for things related to their topic. They know where they’re going.

“A writer - and, I believe, generally all persons - must think that whatever happens to him or her is a resource. All things have been given to us for a purpose, and an artist must feel this more intensely. All that happens to us, including our humiliations, our misfortunes, our embarrassments, all is given to us as raw material, as clay, so that we may shape our art.” ― Jorge Luis Borges.

For Ryan, there’s no “separation of work and life.” Both fuel each other. This is also part of the reason why both these authors don’t feel burned out, because each part takes care of the other.

Everything begins with good material and everything is material.

A Notebook of everything

A commonplace book, a swipe file, or the term I like the most, A notebook of everything. All three terms essentially mean the same thing. A central repository of ideas, resources, quotes, and thoughts that you come across and find interesting. If something made you look twice, it’s worth being added. 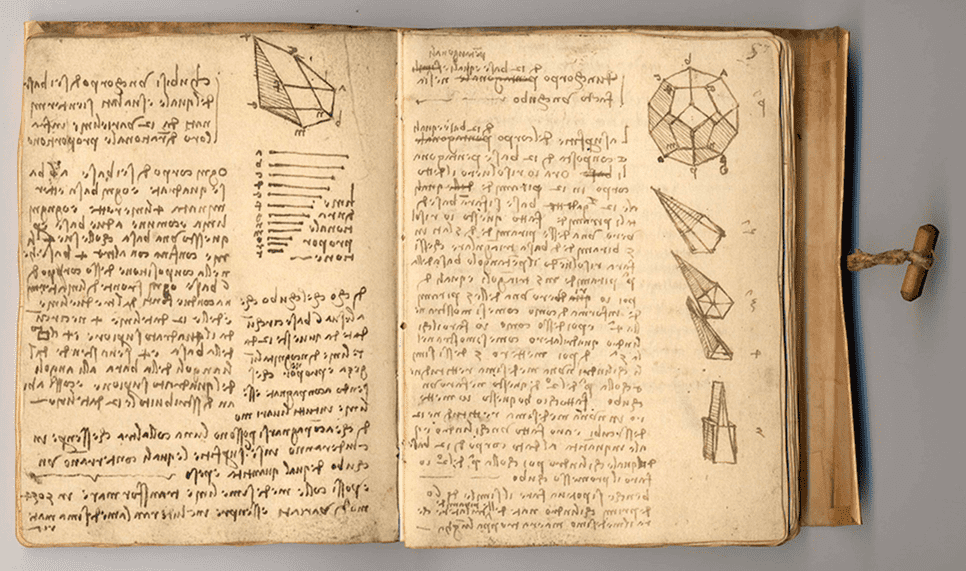 The version that both Robert Greene and Ryan Holiday is based on index cards with theme/category written on the top. They then put them in containers with compartments that act as broader themes. Having information written on these cards makes it very easy to move them around as needed.

A swipe file is your best research partner. The bulk of the work in writing is research. You need to collect ideas, stories, anecdotes, and data to support an argument. What we see as a written piece of work is just bringing all that research in one place.

“Keep a notebook. Travel with it, eat with it, sleep with it. Slap into it every stray thought that flutters up into your brain.” — Jack London

You will derive maximum value from your swipe file the more you use it and organize it. And remember, it’s a long-term game. It’s a project for a lifetime. But a few observations I’ve noted while trying to maintain notebooks of everything physically and digitally:

Both Ryan and Robert follow an index card system to organize their research, similar to the Zettelkasten method. The way it works is as follows:

After years of doing this, both have a large body of research on thousands of 4x6 index cards sitting in multiple containers.

Of course, it’s much easier said than done. But the obvious question with this kind of system or any idea-dump system is how do you organize it to have some semblance of sanity? Because if you make notes out of everything, your system will soon be overflowing with information. Each book that both authors write requires an insane amount of research, and it can very easily get out of your control.

Ryan suggests, “Don’t worry about organization…at least at first”. Because it doesn’t matter. The information you want to find will create the categories themselves. Also important to note here is the importance of having a working memory. After decades of taking notes, Ryan and Robert have thousands of notes in many boxes. But it doesn’t matter because they usually work on only one box at a time. That’s all that matters for now. They move around these notes from other categories/boxes into their working box and keep working.

“You’re either the prisoner of your material or the master of it” - Robert Greene. 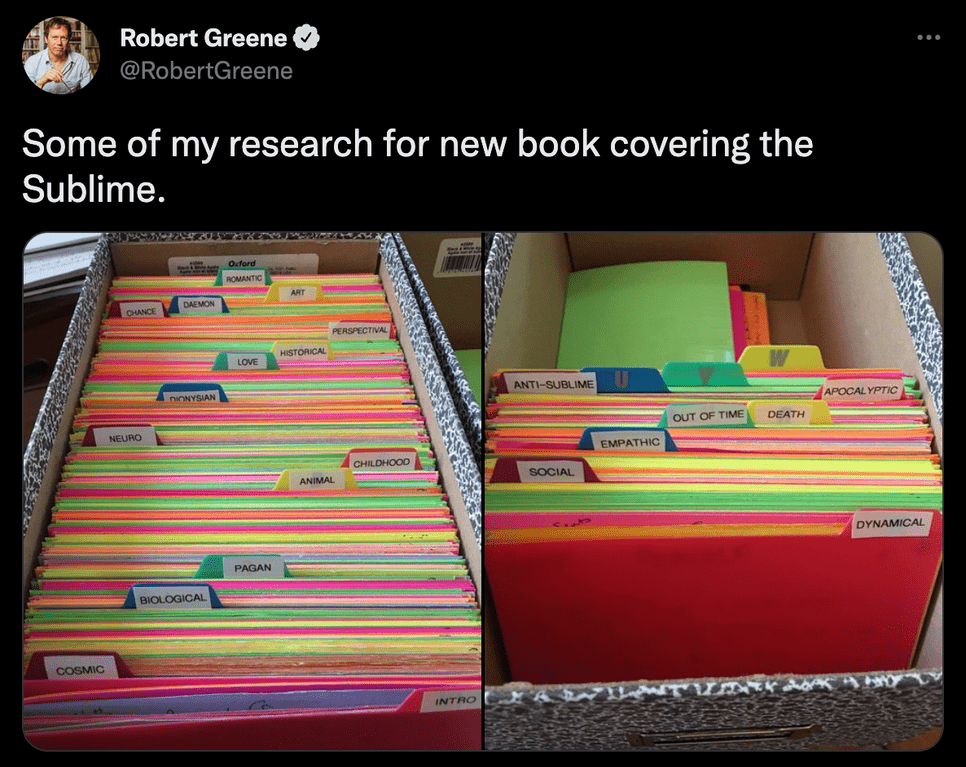 Both Ryan and Robert don’t jump right into writing. Instead, they go through phases where they don’t do any writing and just research the material.

“I’m not usually writing, because my books require so much research. So, right now, I’m in a research period, when I’m reading voraciously books about human nature, psychology, etc. And then, in about a year, I’m gonna start writing” - Robert Greene.

For them, writing is just one part of ‘creating’ a book which sounds odd because you always think a book is written, not created and they’re not writing it for months or years. Ryan also believes that there’s no such thing as ‘writer’s block,’ just insufficient research. 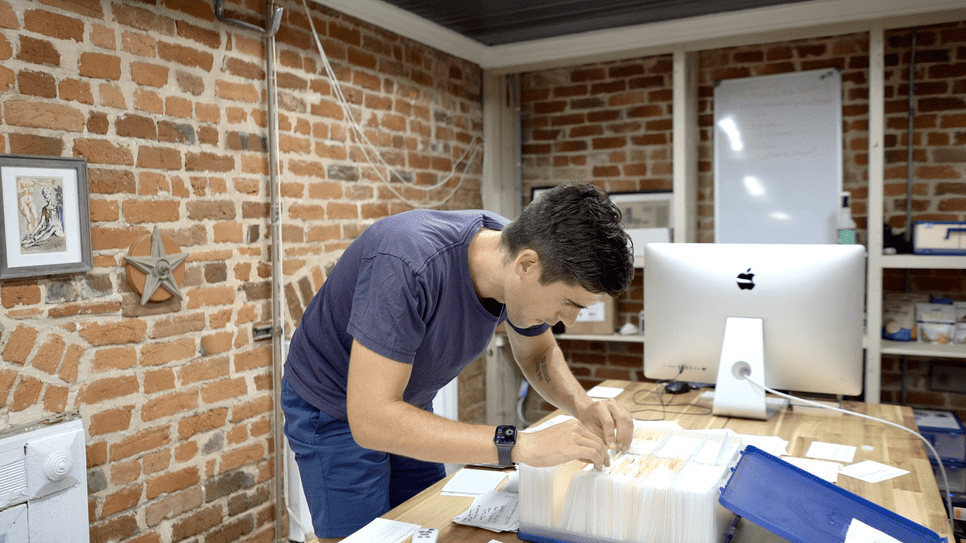 "Everyday I'm doing my notecards...and books come out the other side." - Ryan Holiday.

“After going through several dozen books, I might have three hundred cards, and from those cards, I see patterns and themes that coalesce into hardcore chapters. I can then thumb through the cards and move them around at will.” - Robert Greene.

These concrete patterns that Robert talks about are not formed from day one but are surfaced as they keep diving deeper into their research. The book’s theme is decided beforehand, but the exact chapters form themselves over time.

You need a lot of clarity and focus to connect ideas. You have to be able to look at ideas in a different light, from different angles. You need to be able to look at a particular bit of research and know whether it’ll be useful or not. Whether it can become an important piece to the puzzle by connecting to something you already know or would waste your time.

Know where you’re going. You don’t “find the book as you write.” You have to do the hard work of solving the problem first. - Ryan Holiday

Take any book by Robert Greene, let’s say The Art of Seduction for example, the 10 types of seducers and the 4 phases of the seduction process detailed in it can’t possibly be known to him before writing the book. The main idea of what the book was going to be about was decided before, but the more he researched, the more the themes/chapters/patterns kept emerging.

Similarly, Ryan’s latest books explore themes like ego, discipline and courage. But the parts and chapters emerge based on his research. Once the research is done, then the writing begins.

Of course, writing a book is hard work. It’s a craft that takes a lifetime to master, sometimes more.

This is not the exact process these esteemed authors follow by any measure. This is what it looks like to me and how I interpret it. I’m sure there must be many more processes and tricks of the trade that they’ve learned by dedicating decades of their lives to this.

This simplification is made to augment my understanding of the processes behind both authors’ works which I read so fondly.