Things will get bad before they get better

Every legendary sports person sees a dive in the graph of their performance, most great singers have many poor albums in their discography, many great business people fail miserable before they succeed wildly, almost every great writer’s first works are pretty bad by any standard. In hindsight they might not feel like that big a deal but those bad quality outputs are what defines them, It’s what makes or breaks them, separates them from merely good from the GOATs.

Ironically our bad work helps us create good work, you have to get your bad work out so that the good work can follow. When someone’s output is not upto the bar it’s often called that person’s “rough patch”.

It’s what you do with the rough patches that will define the athlete that you’ll become. – Dana Vollmer

And before the rough patch, a person’s performance is often called off as beginners luck or a honeymoon period.

Without naming names, I’ve seen countless people in many sports that were destined to be the next GOATs or to alter the game altogether. Most people don’t even remember their names today. That’s because they got stuck in the rough patch, in the valley of despair and couldn’t crawl their way out of it.

You can either be defined by your rough patch or by how you get yourself out of the said rough patch.

“Legends aren’t defined by their successes. They’re. defined by how they bounce back from their failures.” – Chris Bosh’s lesson from Kobe Bryant.

Everyone will be really good at something every once in a while. It takes a monumental effort and grit to keep trying and keep pushing even when you’re terrible at it.

From the following graphs we can see clearly how before every high point in their careers each sports person respectively faced a low point.

Virat Kohli and Sachin Tendulkar are two of the best players in the game of cricket.

Virat Kohli’s performance over the years:

(Note: Covid hit in 2020 so not much cricket was played that year) 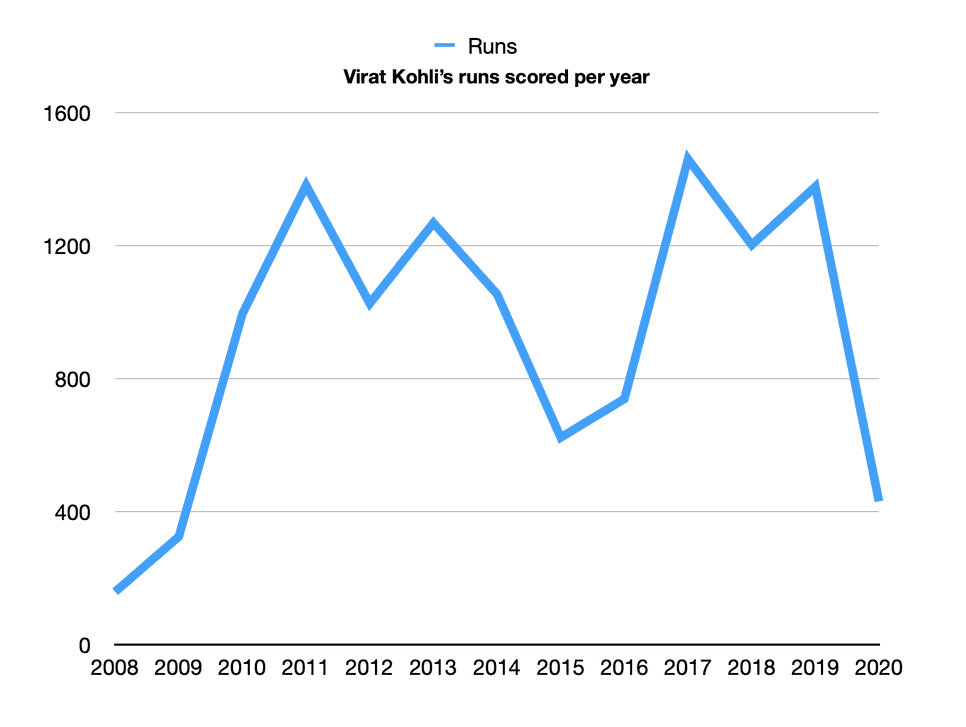 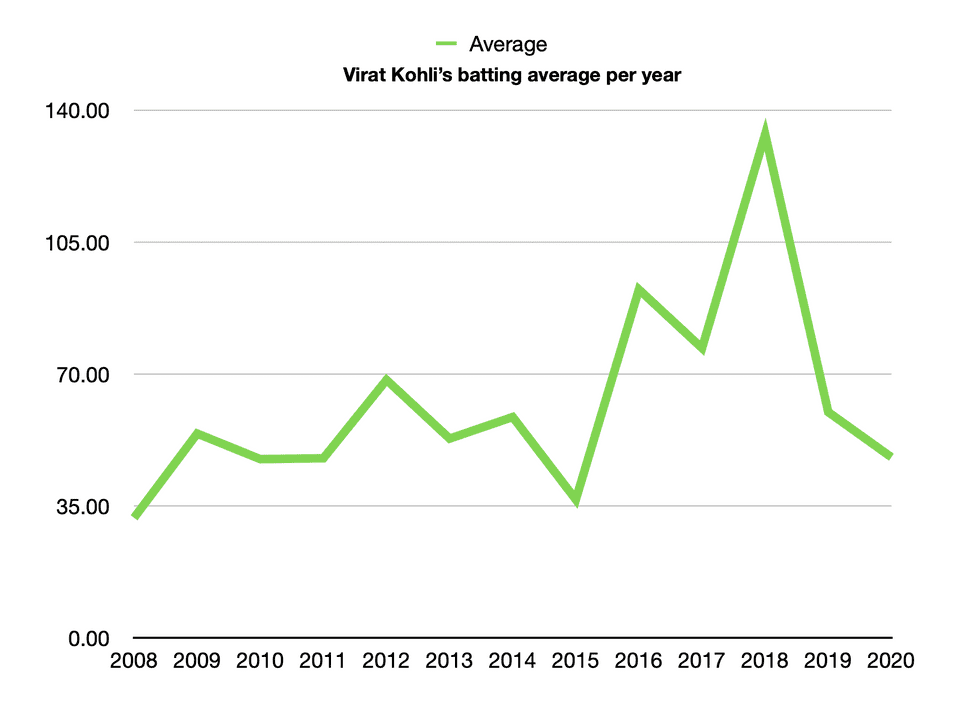 Sachin Tendulkar's performance over the years: Every high came after a low. 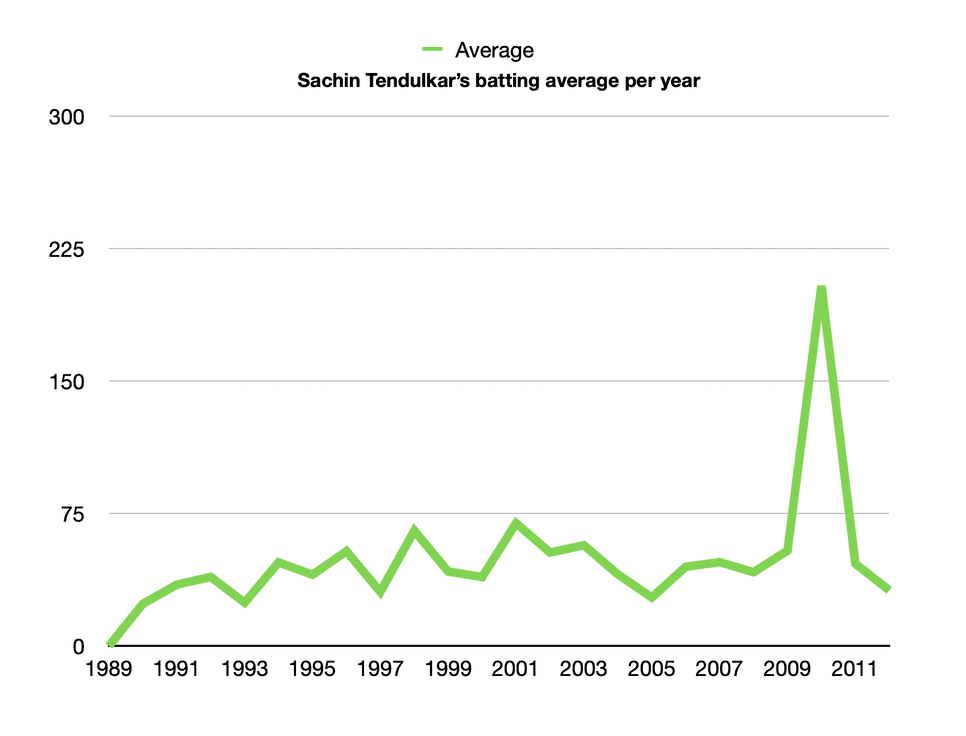 Michael Jordan’s points per game (PPG) performance in the regular season over the years: 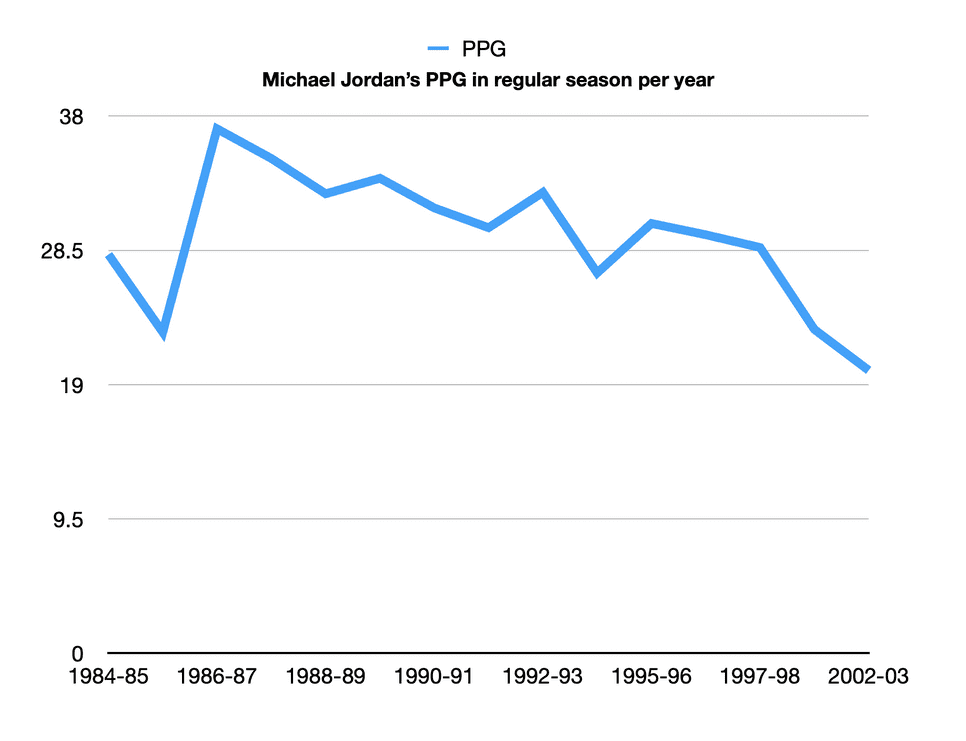 LeBron James’s points per game (PPG) performance in the regular season over the years: 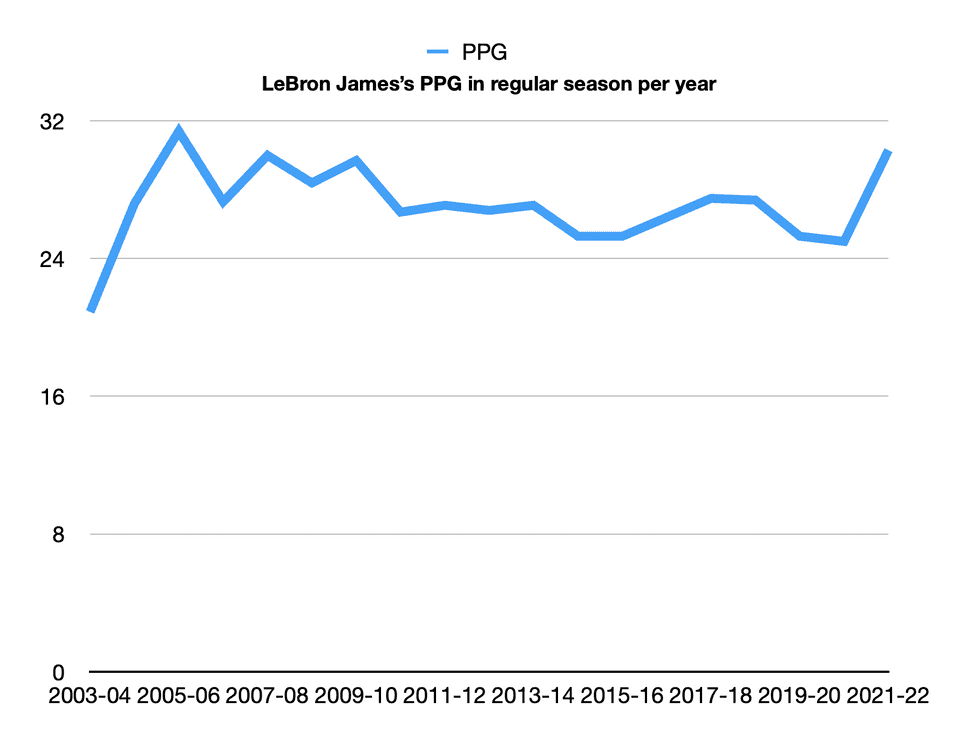 This concept applies not only to sports but in learning, completing a project, relationships, finance, your craft - anything. Even for Covid-19, experts said the same thing: things will get bad before they'll get better.